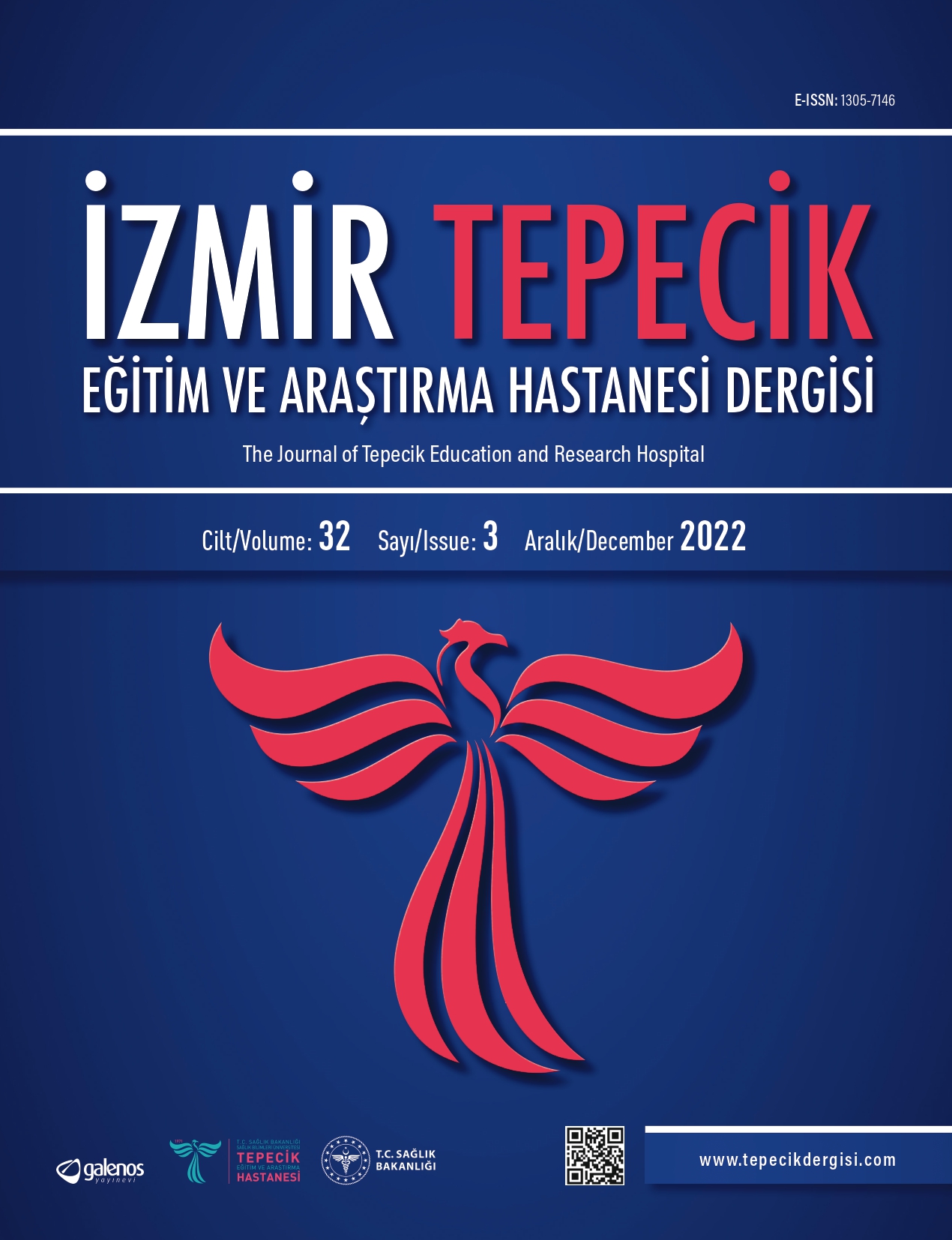 Objective: Currently, minimally invasive thermal ablation treatments are used more frequently to reduce symptomatic benign thyroid nodules. The aim of this study is to investigate the effect of thyroid radiofrequency ablation (RFA) therapy on symptom and cosmetic score, which are clinical indicators of nodule shrinkage.
Methods: A total of 40 thyroid nodules from 40 consecutive patients who underwent ultrasound-guided RFA for symptomatic benign thyroid nodules from September 2018 to July 2020 in the endocrinology outpatient clinic were included in the study. Volume of thyroid nodules, volume reduction rate (VRR%), symptom and cosmetic score were evaluated before and 1 year after RFA treatment.
Results: Eighteen (45%) of the cases were male, 22 (55%) were female, and the mean age was 46±9. The baseline cosmetic score decreased from 3.3±0.75 to 1.4±0.49 at the end of the 12th month (p<0.001). The initial symptom score decreased from 6.77±1.42 to 1.97±0.83 at the end of the 12th month (p<0.001). Thyroid nodule volumes after RFA decreased from the initial volume of 23.78±14.98 mL to 6.03±4.10 mL at the end of the 12th month (p<0.001). VRR was 69.70±10.86 and 74.88±8.86 for 6 and 12 months, respectively (p<0.001). There were no major or minor complications during the procedure. Treatment success was 100% in all nodules at the end of the 6th month.
Conclusion: This study showed a significant improvement in the cosmetic and symptomatic score of benign solid euthyroid nodules after RFA therapy. RFA appears to be a safe and effective technique for selected cases with low complications and effective nodule reduction.